When I lived in South Africa some 40 years ago, a friend Alan Jorgensen, famed railway photographer, kept raving about the Cass Scenic Railway in West Virgina.

Well, I came across this article which talks about a new restoration project for this railroad, started in the 1960s.

This line was a logging line with extensive use of Shae locomotives, rarely seen elsewhere.

Take a look at the video below for more about this great railroad. About 4 minutes in there is something special. 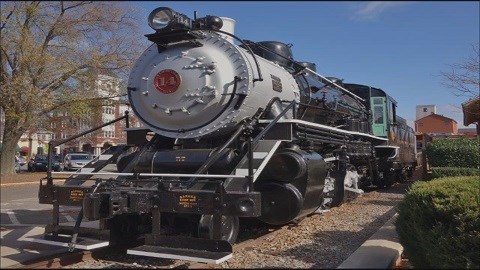 ELKINS – The Durbin and Greenbrier Valley Railroad is buying a 1926 steam locomotive that has its roots here in West Virginia.

The railroad reached an agreement to buy the Buffalo Creek & Gauley 280 Number 4 from the North Carolina Transportation Museum.

“The locomotive ran in West Virginia for nearly five decades,” said John Smith, president of Durbin and Greenbrier Valley Railroad. “It ran in Clay County on the Buffalo Creek and Gauley Railroad.”

Plans are to restore the steam engine with hopes of putting back into service. “It will initially travel from Cass to Durbin, and then as we rebuild that line into Elkins, we’ll eventually use it all the way into Elkins, but that will be several years down the road,” Smith said.